Eddington developed at the natural crossing point on the Loddon River on the road between Dunolly and Maldon.

Originally, a punt operated the crossing, but when a bridge was built in 1861 and the township was subdivided in 1863, commercial buildings sprang up along McCoy Street, the road to the bridge.

Pubs opened on both sides of the river, stores, saleyards, saddlery, bank, stock and station agent, chemist, and blacksmith.   Business developed along the river to supply the expanding population with the necessities of life – flour, butter, cheese, beer and the bottles to put it in.

When gold mining in the vicinity dwindled and the new river crossing at its current location went ahead in 1926, the township was bypassed and the population decline accelerated.
​
Here are some of the old buildings, and we introduce Uncle Charlie who will bring to  your attention  interesting details of our old photographs. 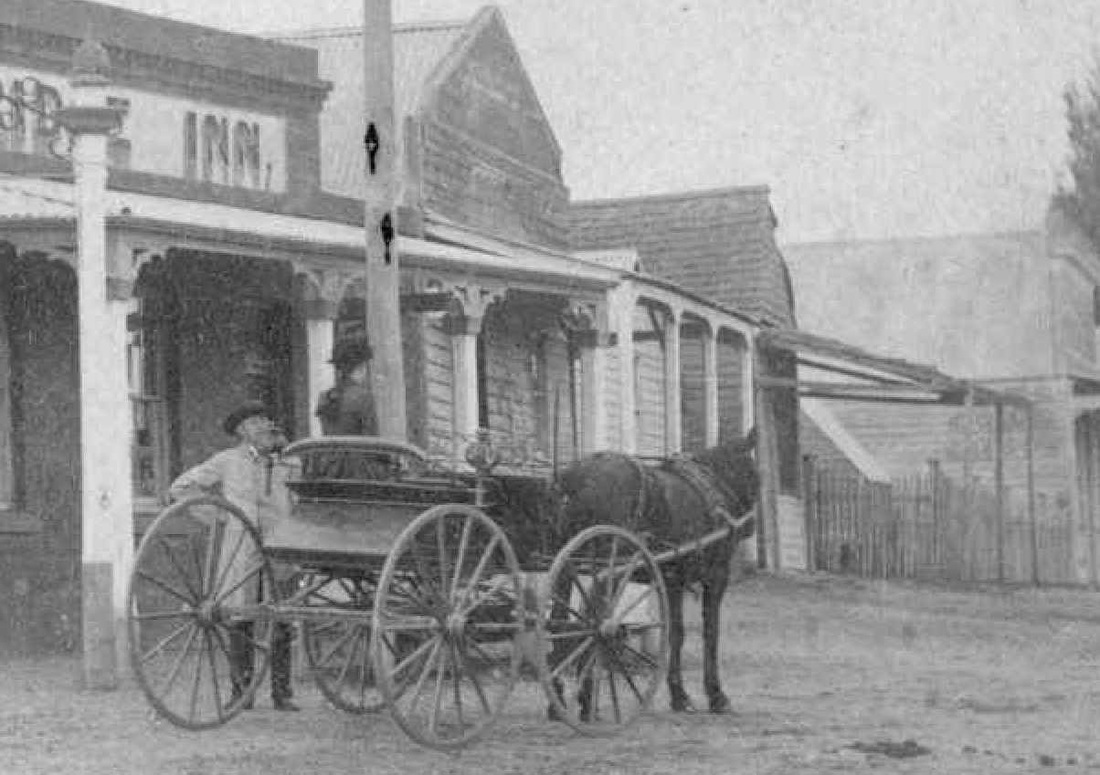 Goulden's Bridge Inn.
Now a family home, it was built in  1866  by Mr Mayo,  and  was bought by the Goulden family in 1868, who lived there for many years after it was de-licenced.
​In early days it was said to offer first-rate accommodation and a superior range of wines, spirits and ales.
Uncle Charlie asks  his wife if he can stay for another drink. Or did he say   "It's the latest model, four sports wheels, one horse power, take it for a spin"!  Or……….. ??

​Most of these great photos came to us from the Goulden family. 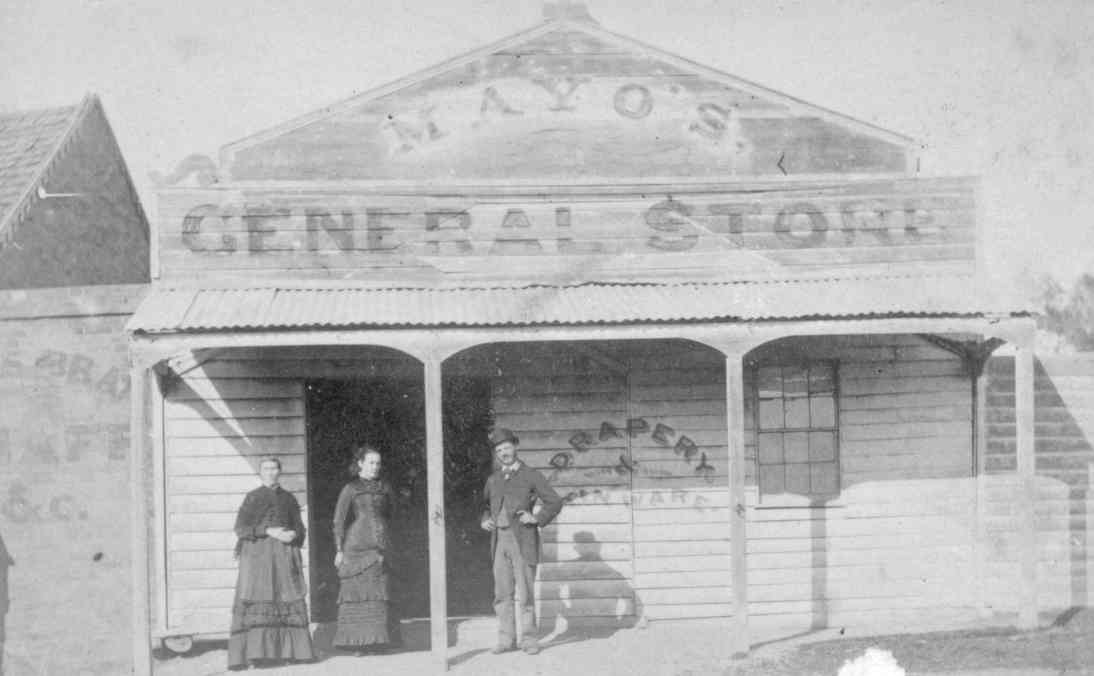 Mayo's Store
This long-gone store is the building you can see beside the Bridge Inn above.  It was owned by Mr Mayo, who also owned the Inn, thereby catering for everyone.  Here Uncle Charlie chats to the ladies. 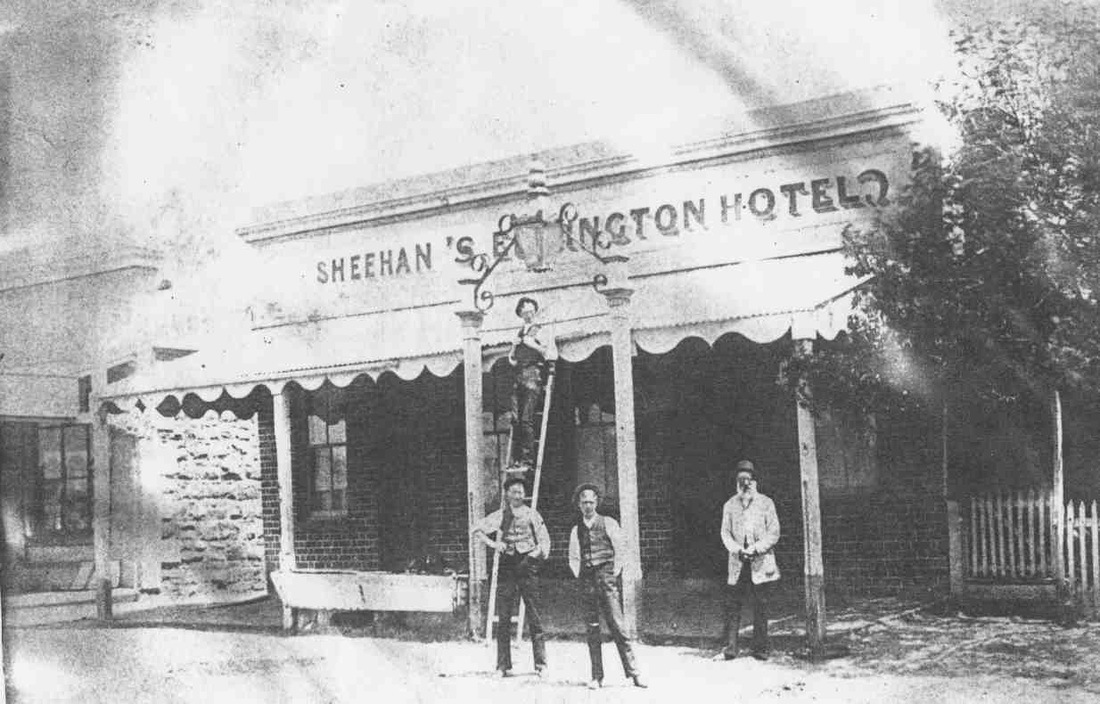 Sheehans Eddington Hotel.
The hotel already existed when Timothy Ryan bought the block in 1863.
It was a change station for Cobb & Co and other coach outfits running the goldfields route, and  is reported to have served "the worst beer on the goldfields".
It became known in the 1890s as Sheehan's Eddington Hotel and ceased to operate as a pub in the 1920s.
It appeared in the film "The Getting of Wisdom" and ABC TV's Henry Lawson series.
It is one of the two hotels remaining, both now family homes.  Next door is the old Eddington store.
​​
Charlie helps Mr Sheehan and his sons repair the light. 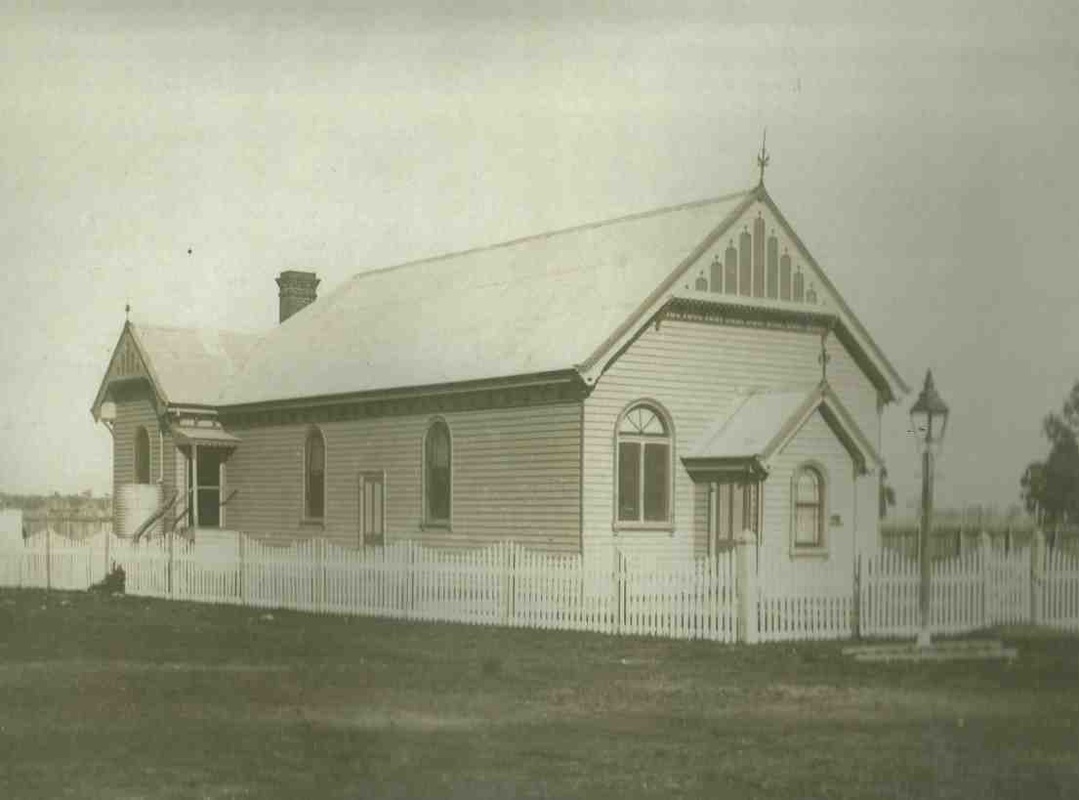 Eddington Mechanics Institute and Free Library
This was built  in 1893, and demolished in 1983.
The curtain from the stage has been relocated into the new community centre as a stage backdrop.
Charlie forgot to pick up the ladder after lighting the lamp and heading down to the Bridge Inn for a nightcap.
​Photos courtesy Ian Freemantle, Val Morrison and  Nancy Tate.
Some shots from around the district