join us at one of our famous events

Vintage sports cars roar down Playfair Street in a race against the clock.
Free admission to watch the racing, which  starts after lunch.  Practices run from early morning. 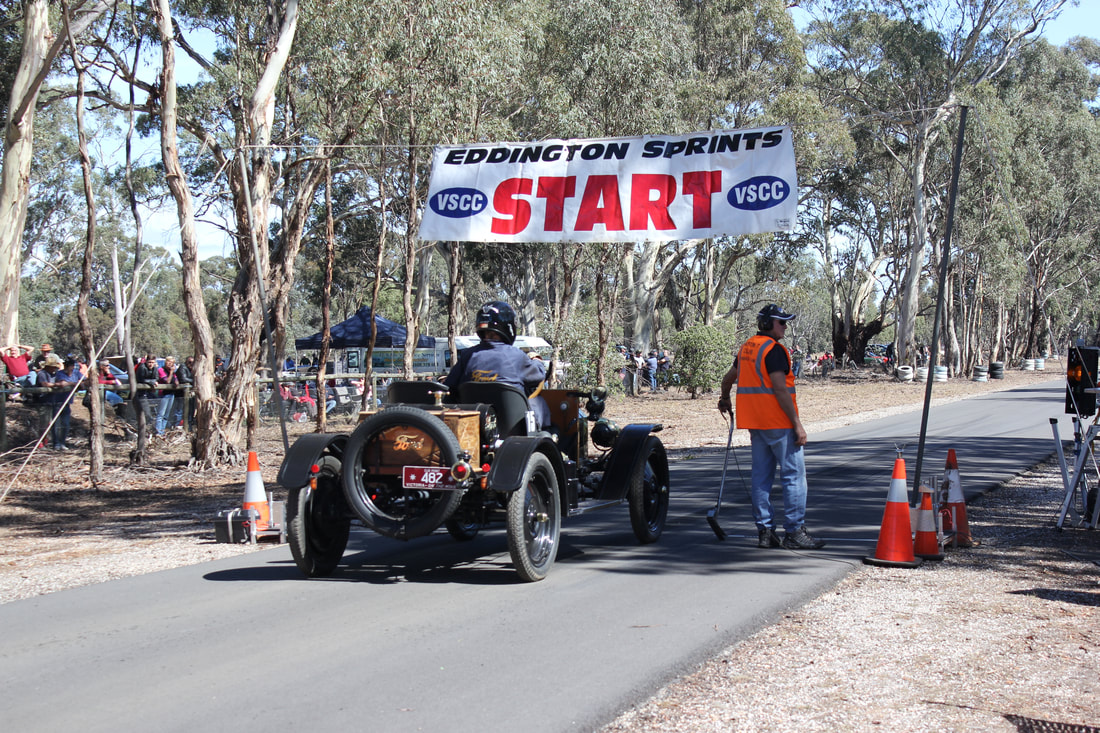 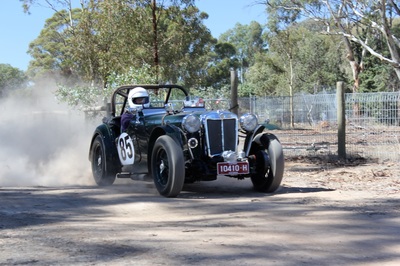 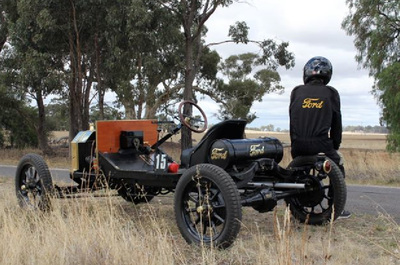 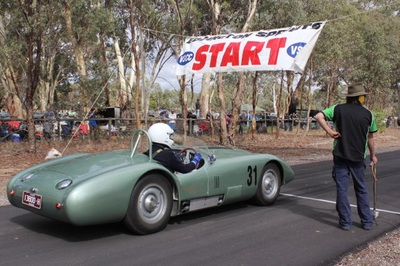 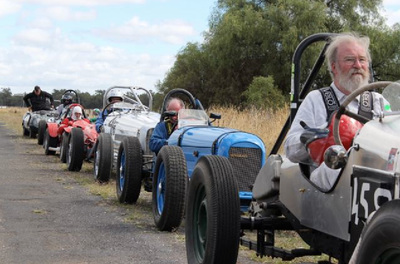 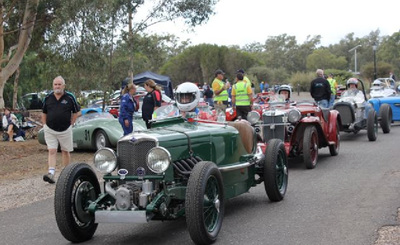 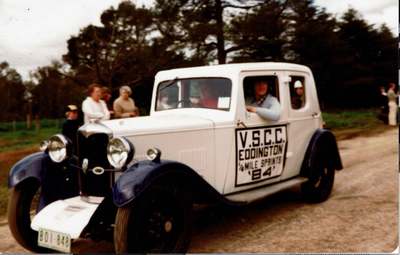 This event has grown considerably  over the 33 years it has been running.  Entries are capped at 100 cars, but there seem to be more spectators each year, which is great for the locals who sell them food and drink.
Unregistered cars wait at the end of the track for a break in racing to return.  Registered cars drive around the road.
​
​Jules Nixon took these great photos. 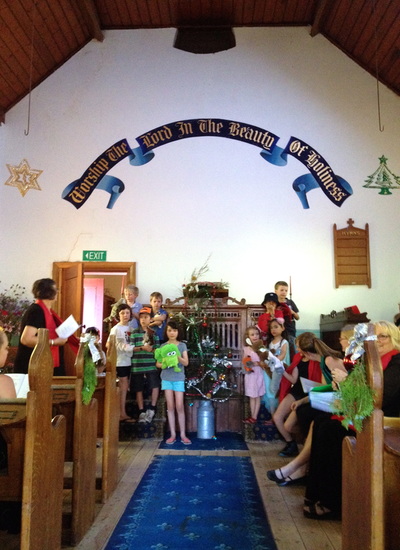 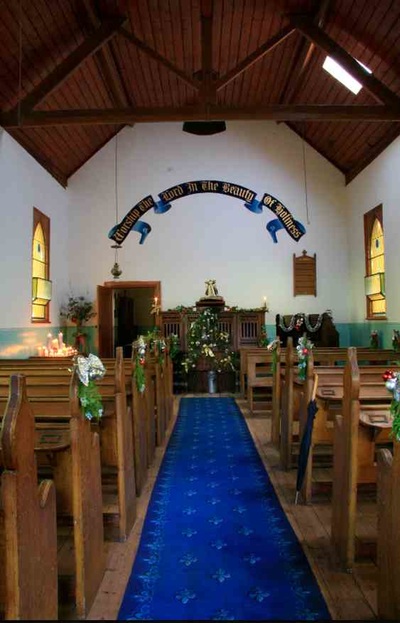 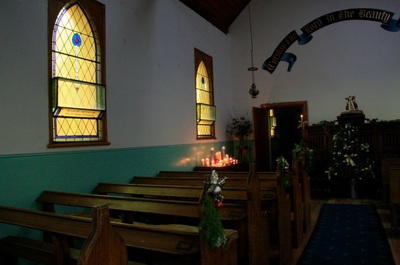 Carols by candlelight are held each year, normally on the Saturday  before Christmas.
This little service has become a very important part of Christmas for the locals and their friends.
Following the carols, we have a  barbecue, the arrival of Santa on a train, and a fire hose demonstration.
Jules Nixon gave us these great photos which were taken in the church.
Unfortunately, the church has been sold, so carols are now held in the hall.

Australia Day starts early  for a yummy breakfast, an interesting guest speaker and  a friendly chat with the neighbours. 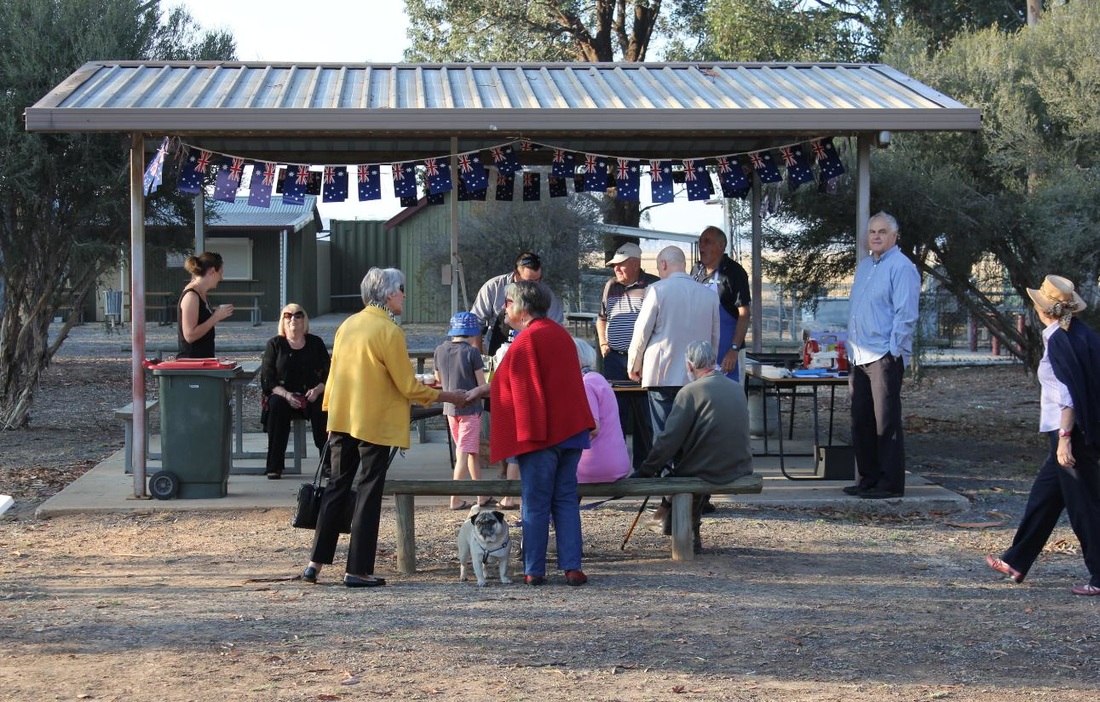 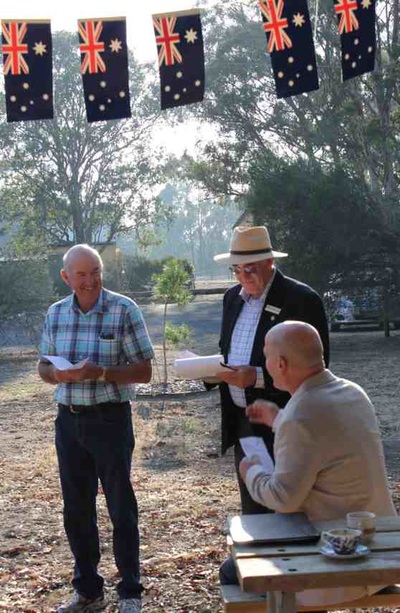 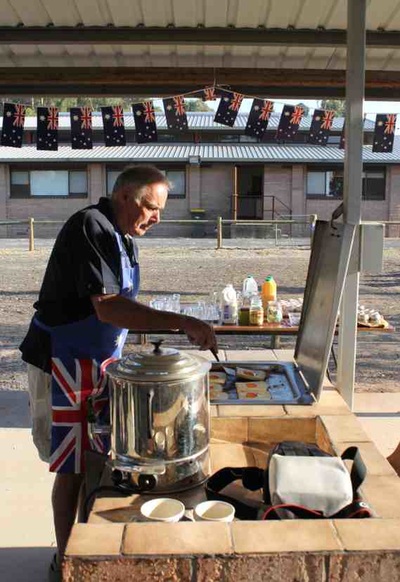 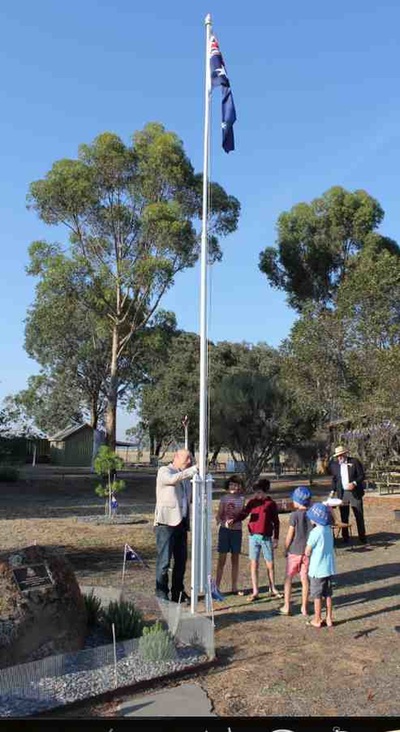 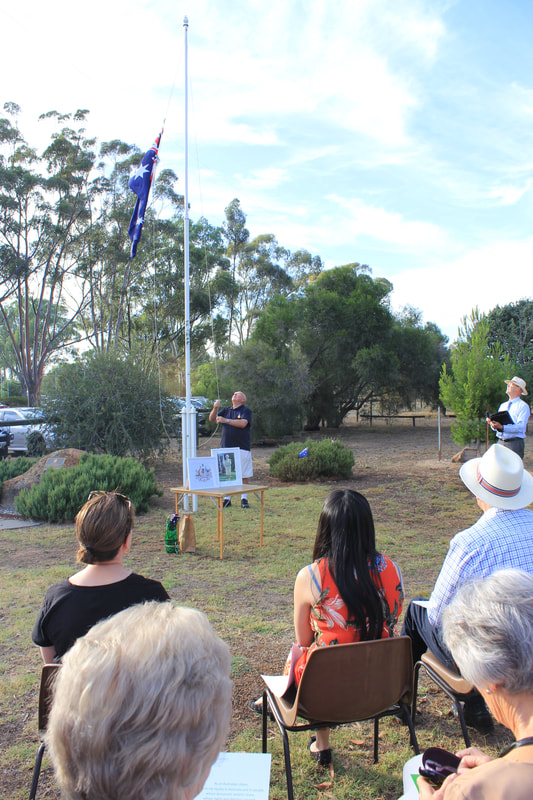 Anzac Day
Our ANZAC commemoration includes the Dunolly Adult Riders Club, who dress in WW1 uniform and ride in formation. They look great, and make our  event unique .
Anzac Day Address at Eddington 2018
by Fiona Baverstock
Creator and Curator of WOMEN OF EMPIRE EXHIBITION 1914-1918 and WOMEN OF EMPIRE - THE HOMECOMING, the stories of women of the First World War (See website in links)

​"The ship nosed silently towards the shore, as close as it dared, lights dowsed, dropping no anchor lest the enemy should hear it. The first glimmer of light revealed the murderous cliffs and ridges above the narrow strip of beach. The boats crammed with men approaching the shoreline could just be picked out. As they hit the beach, she watched in horror as bullets and shells rained down and cut them to pieces. It was 25 April 1915. She was Sister Ella Tucker, a 28 year old Tasmanian who found herself on that fateful dawn on the Hospital Ship Gascon less than a mile off what is now Anzac Cove.
On the Turkish side, Safiye Husseyin tended to the wounds of whoever was brought to her no matter the nationality. She was Turkey’s first nurse and believed that ‘all blood is red’ no matter whose.
In Serbia, Olive King and ‘Ella’ - her ambulance - rattled through tortuous mountain passes to bring wounded to Dr Agnes Bennett in her tent hospital operating on horrific injuries and keeping an epidemic of typhus at bay, whilst author Miles Franklin cooked up a storm in the canteen tent.
In Egypt and Lemnos, Matron Grace Wilson, Alice Ross-King and Elsie Cook helped set up hospitals ready to tend Gallipoli casualties and in France, Claire Trestrail and her fellow volunteer nurses dealt with the aftermath of the German invasion of Belgium, whilst Dr Elsie Dalyell found a way to save men’s limbs and slash the rate of amputations.
In India, Elsie Jack from Bendigo was about to be sent to the North West Frontier (Pakistan/Afghanistan border - nothing has changed!) and Edith Lane Bell was yet to be sent to Vladivostok, Siberia to evacuate Allied troops fleeing the Bolsheviks.
In London, Melbourne star performer Florrie Forde ran from theatre to theatre to entertain the troops and turn It’s a Long Way to Tipperary and Pack up Your Troubles into wartime anthems. And in Bendigo, Eliza Lansell rallied her Red Cross ladies to roll more bandages, raise more money, send more letters, sew more shirts. In schools, young girls knitted socks and sold badges. In home after home, wives and mothers - like Mary Keid of Brisbane with six sons at war (she lost four of them) and Jane Sam of West Wyalong who sent five sons and two grandsons (she had 16 children and began life as a street urchin on the streets of Grenfell in NSW) - held their breath when scouring the daily casualty lists......then got on with running businesses, farms and families.
Theirs are the forgotten stories of Anzac Day. Yet without them, few men would have come home to tell their stories and if they did there might have been nothing here to come home to. They put damaged men back together, they took over the jobs to ‘free a man for the front’, they held home and spirit together and changed the world forever. Society would never be quite the same again. They were not going quietly back in the box. If WWI is known as THE UNCLES’ WAR with so many young men dying before they could have their own children, what came after should be known as THE AUNTIES’ PEACE - too few young men to go round, too many women who would never marry and have the joy of their own children. Too many ‘maiden aunts’. Remember NOT ALL HEROES WORE KHAKI. We need to bring their stories into the light.
LEST WE FORGET! 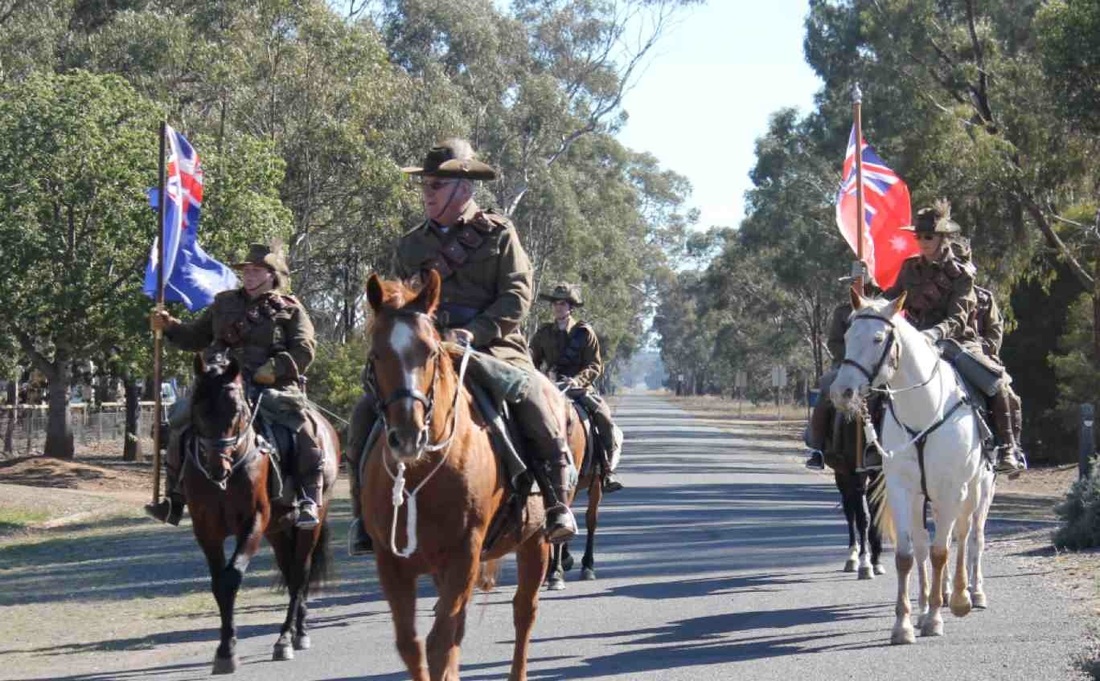 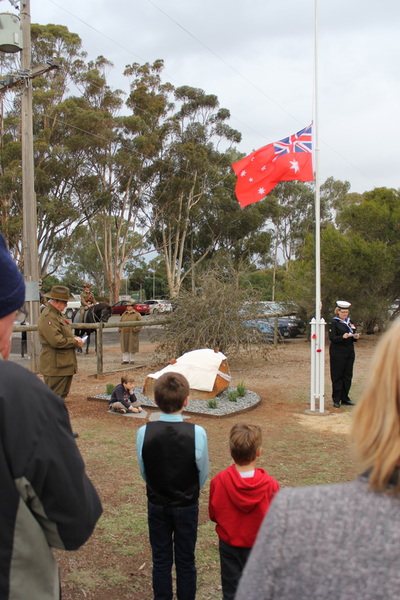 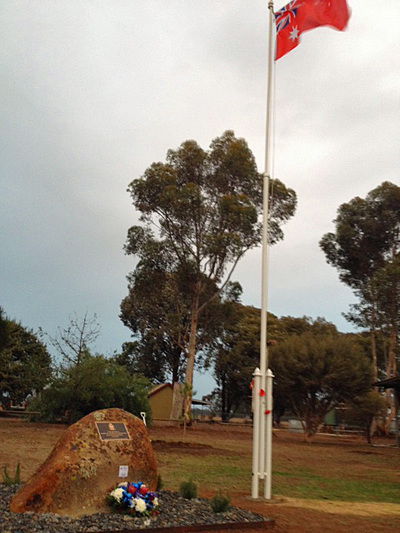 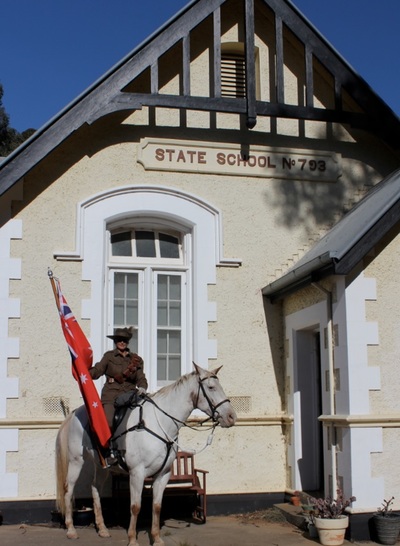 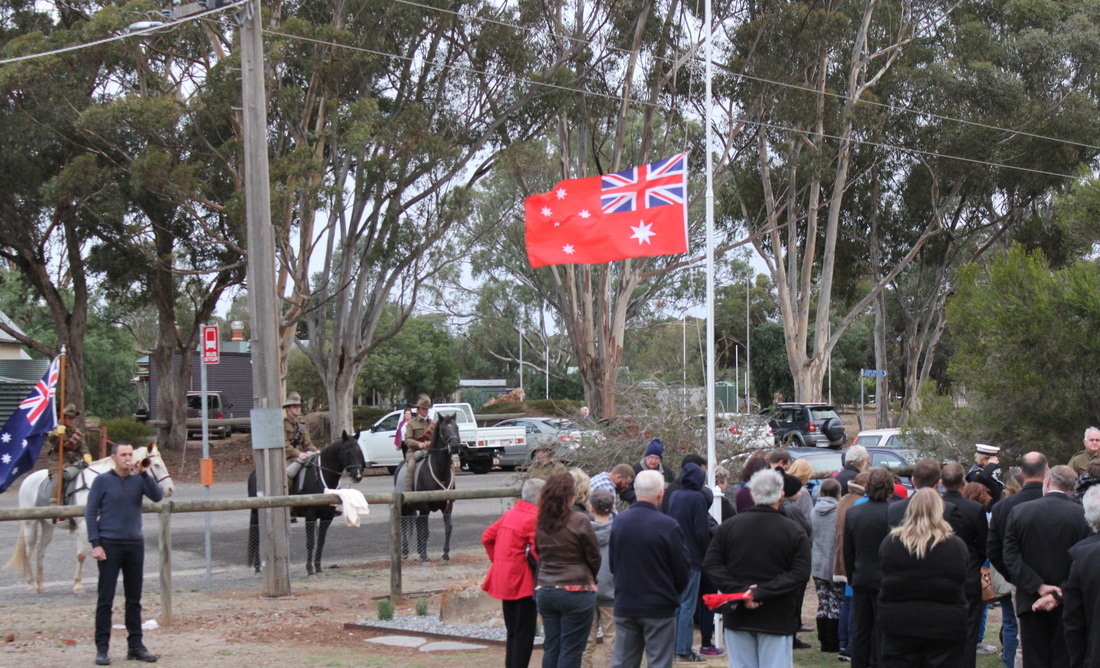 The last post is played as we all remember Uncle Charles.  Photos courtesy Jules Nixon .